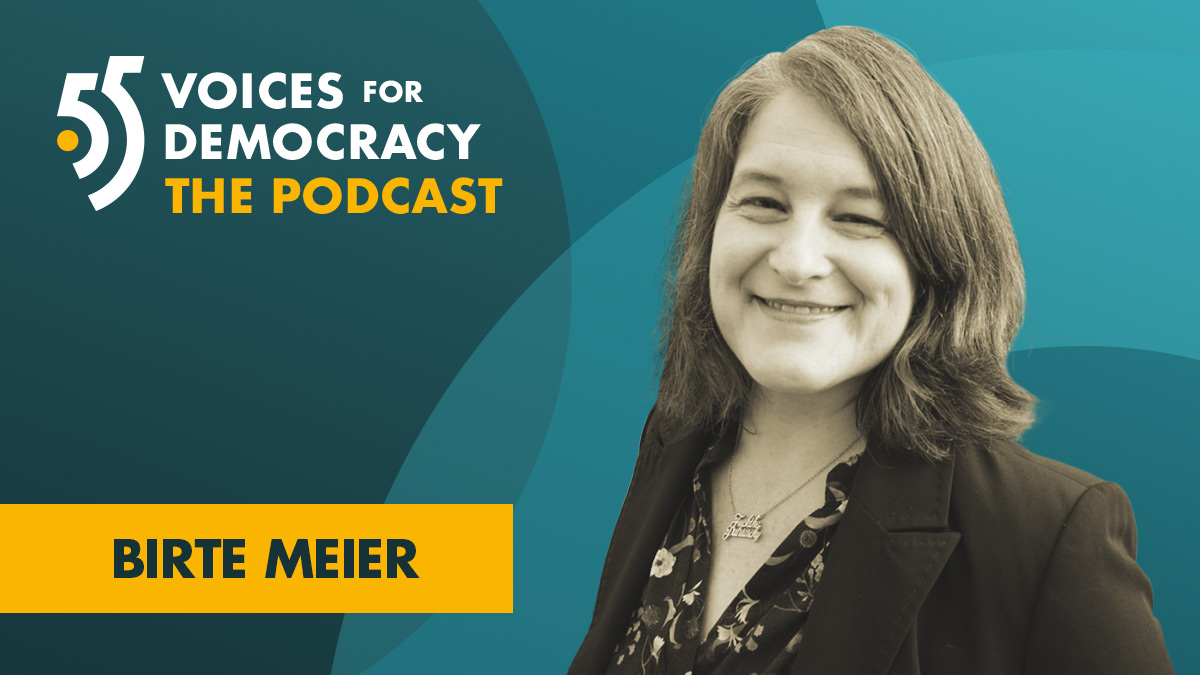 What can Germany learn from California in terms of Equal Pay? Birte Meier explored this question during her Fellowship at the Thomas Mann House in Los Angeles. In this episode of 55 Voices for Demcoracy, she talks about how California's Equal Pay Act effectively protects against discrimination - for example, by allowing workers to speak openly about their salaries. Award-winning journalist Birte Meier studied North American Studies, Modern History and Journalism. Since 2007, she has worked as a ZDF editor for investigative reports on politics and business. Since 2007, she has worked as a ZDF editor, doing investigative business stories and in-depth political reports.