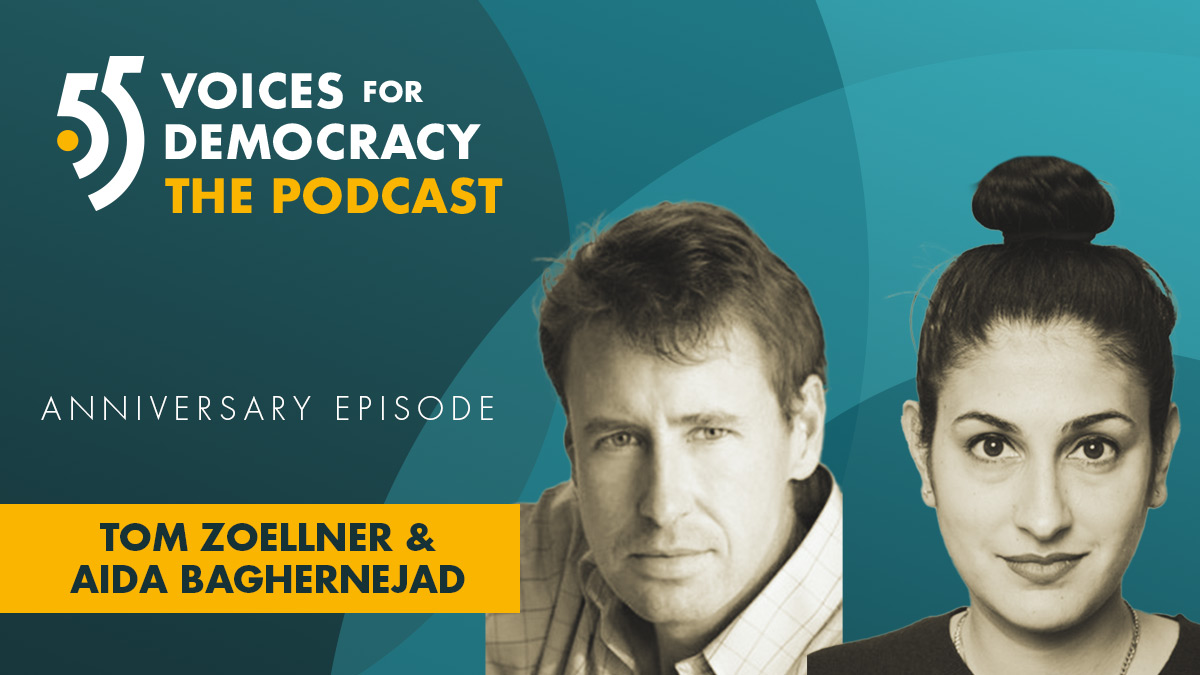 The 55 Voices for Democracy podcast celebrates it's first birthday this month! Time to look back on the first 25 episodes and reflect on what happened so far: Hosts Tom Zoellner and Aida Baghernejad discuss the highlights and their favorite moments of the podcast against the backdrop of their own biographies. How do their individual political and professional backgrounds shape the way they approach the podcast and interview the guests? What can we learn from having a German and a U.S. standpoint on the podcast, and how can these different political systems be helpful to get a deeper understanding of democracy? Who would Tom’s dream guest be and how did Aida first get interested in Thomas Mann and his work? In this episode, they take the time to reflect on these and other issues and give us the opportunity to learn more about the hosts of 55 Voices.