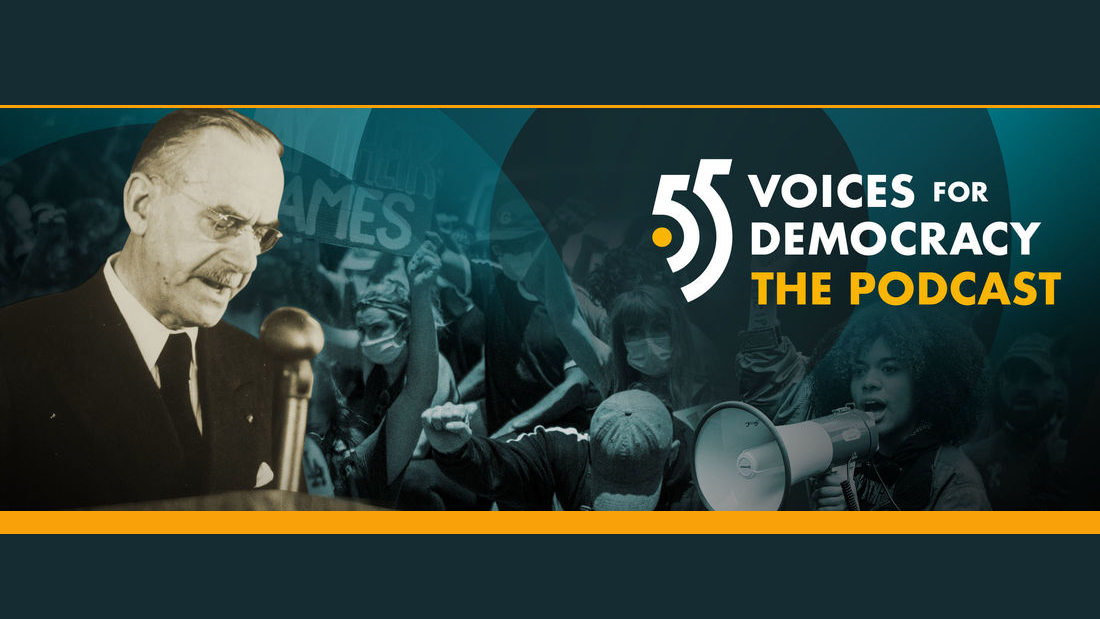 The series “55 Voices for Democracy” is modeled after the BBC radio speeches, through which Thomas Mann, from his home in California, turned to listeners in Germany, Switzerland and occupied Netherlands and Czechia during the war. From 1940 until November 1945, Thomas Mann pleaded to thousands of listeners to resist the Nazi regime and thus became the most important German voice in exile. In this election year, Thomas Mann’s conviction that the “social renewal of democracy” is condition and warrant for its victory seems more relevant than ever.

Beginning on October 20, 2020, Tom Zoellner and his co-hosts will engage in a vivid conversation with intellectuals, artists, and activists about the question of how to renew democracy today. Among the first guests are Rebecca Solnit, the political scientist Chantal Mouffe and novelist Daniel Kehlmann.